We are pleased to share with you our guest blog post today  about the bee crisis from Huffington Post contributor, Asha Mior. In her blog post below, Asha explains why bees are important and offers ways how we can help save bees.

Asha is a 15 year old blogger, filmmaker and environmentalist living in beautiful British Columbia, Canada. Since the creation of her blog Asha for the World in 2013 her well-written, comprehensive articles on youth empowerment, feminism, poverty, and in particular, the environment have been featured in classrooms to help explain complex issues and concepts. Asha also produces short films and videos. Her film, entitled “Air Pollution: Toxins in Car Exhaust” was awarded Top Overall English Video in the EduTOX video challenge in 2016.

Have you ever stopped to watch a bee go about its daily life?  Bees do more than make honey – these little insects are constantly at work!  They move from flower to flower for hours on end, playing a huge role in allowing plants to produce seeds.  When they leave your garden, they still haven’t finished their work.  Now, they must find their way back to the hive, which can be two or more miles away!

In this busy world, we often fail to notice the constant activities of nature around us.  In particular, the process of pollination is frequently overlooked.  The idea is simple: when bees land on a plant, particles of pollen attach to hairs on their bodies.  Then, when they move to the next plant, these particles rub onto the pistil of the plant.  This ancient procedure is critical to a plant’s ability to reproduce and create seeds.

This quote, often attributed to Albert Einstein, illustrates exactly how crucial bees are in the lives of humans:  “If the bee disappeared off the surface of the globe, then man would have only four years of life left.”  Not only do many plants that are fertilized by bees provide food for humans, but they are also food sources for many other animals that we consume on a daily basis.  As a result, they are responsible for 1 in every 3 bites we eat.  The message is clear: without bees, we would not exist.

We have a bee crisis on our hands.

All over the world, beekeepers are coming to their hives and finding them empty.  All of the worker bees have disappeared without a trace.  The only bees that remain are the queen and a few juvenile bees, and they refuse to eat, eventually starving themselves to death.  These bees are victims of a growing epidemic called Colony Collapse Disorder (CCD).

CCD was first officially recognized as a major concern back in 2006, when the Colony Collapse Disorder Working Group was established at Pennsylvania State University.  The causes of CCD are still being researched, but it is widely theorized that the disorder is due to exposure to a particular category of insecticides called neonicotinoids, or neonics for short.  Prolonged exposure to neonics in nearby fields affects the bees’ brains, causing them to become disoriented.  They become unable to find their way back to the hive, eventually dying far away from the other bees.

Without a doubt, it is imperative that we take action to end the use of neonicotinoids.  This past November, Health Canada proposed a ban of imidacloprid, a dangerous neonicotinoid that has previously been linked to Colony Collapse Disorder.  Many cities such as Vancouver and Montreal have already moved to ban the use of neonics within city limits.  In 2015, Ontario took action to restrict the use of neonics on soybean and corn crops by 80%.  Additionally, many businesses and companies are endeavouring to help preserve bee populations.  As of 2015, Home Depot began phasing out plants treated with neonics from their shelves.  These movements are certainly a step in the right direction!

There are also many other courses of action that we can all take in order to restore bee populations.  Here are 5 ways that you can stop the bee crisis!

As we destroy more and more natural areas in exchange for cities and buildings, we are also destroying bee habitats. Some bee-friendly flowers that you can grow in your garden include lavender, heather, poppies, sunflowers, and black-eyed-Susans. 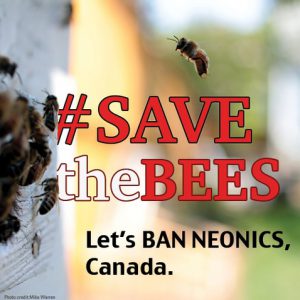 We are making progress in the fight against neonicotinoids, but there is still a lot of work to be done!  If your community is still using neonics for agriculture and farming, petition your local government to stop this practice.  You can also petition businesses to stop selling plants treated with neonicotinoids, just as Home Depot has.  Remember, our voices are one of our most important assets in the fight against neonics.

Organic foods are grown without pesticides such as neonicotinoids.  Show that you will not support the use of neonics by endeavouring to consume organic produce as often as possible.  You can purchase organic produce in many grocery stores, or you can even grow your own!  Be sure to check out your local garden store for their selection of organic seeds. 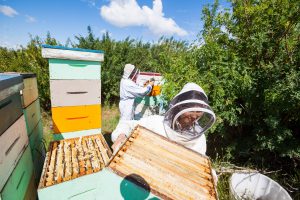 You might be surprised to learn that there are huge networks of independent beekeepers all across the country!  These people are doing their part to preserve bee populations, but they need your help.  You can show your support by buying local honey and bee supplies.  In fact, you could even consider taking up beekeeping yourself as a hobby!  It’s actually far simpler than one might think, and it is an amazing way to give back to your community.  Here is one website that has more information on taking up the hobby of beekeeping.

In addition to taking action on your own, you should also spread awareness of the bee crisis.  Tell people about dwindling bee populations, and why they should be concerned about the future.  Take initiative and host fundraisers or events for this cause.  The more that people know about the bees, the more we can do to help them!

I have also created an infographic with these tips, which you can download and share over social media!

To see how the Foundation helps saves bees, please click here. What will you do to save the bees? 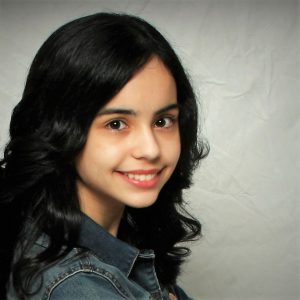 Asha Mior is a 15 year old blogger, environmentalist, and filmmaker.  You can find her blog at aftw.net.